Bullying has been part of culture since the dawn of time – whether It is Napoleon, King Henry VIII, or Catherine the Great, power thirsty leaders want people to be subject to them. They crave superiority. Although the classic bully is typically portrayed as physically intimidating–many times its not size, but intellect, skill 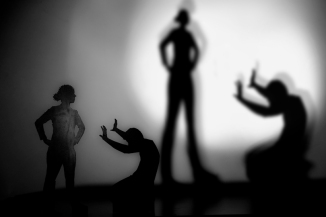 sets, resources, or position that intimidates and influences people.
The Bully’s drive to be superior generally comes from deep seated insecurity. Overcompensating for this emotion becomes the means by which they create a world where they can appear superior, not only to others but to themselves. They are many times people with winsome personalities which can make this quality hard to uncover.
One of the destructive by-products of a bully’s craving for superiority is the need to protect a persona. To the bully, it is less about the person bullied and more about managing their own image. Often, the bullied recipient is simply a casualty of the bully’s sense of superiority being challenged. This is why a bully will pick a certain person to constantly berate, primarily in public to demonstrate their dominance to others. Bullied victims often don’t realize they have just stepped on a hornets nest when they question, resist, or challenge a bully. But you can be sure that the response by the bully will always be double in intensity. For instance, a person might think they’re suggesting or recommending something reasonable or helpful when fire-hose of berating is opened up on them at full blast. Intimidation tactics are always in the back pocket of a bully ready to fire, and they use them proactively.
If you can answer yes to any of these questions you might be dealing with a bully:
1.    Have you tried to reason with someone whose response surprises you in intensity?
2.    Has the response intimated you or undermined your credibility?
3.    Does the intimidating person calm down as long as you fall in-line?
Recognizing the characteristics of superiority in a bully is key to helping others who are being bullied. When we see a person responding in exaggerated intensity towards someone—do not jump on the band wagon. Ruining someone else’s reputation is a classic way bullies build their superior posture. Joining in a bully’s defamation contributes to their continued building project of superiority. Staying out of it, or jumping off the bandwagon always helps the person being bullied to regain their balance.