October is Bullying Awareness month. We have made it to our last installment on Bullying Awareness. Our goal in this segment is to place a mental X mark on bullying behavior. The last few months we have talked about some of the often overlooked characteristics of a bully: bullies play the victim; bullies crave superiority; bullies demand loyalty, and bullies discredit those they perceive as a threat. 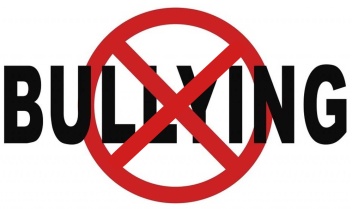 Placing a mental X mark on bullying behavior is powerful tool. It does more than just identify bullish tendencies, it becomes a flashing sign designating danger. You would be surprised at the practical value this has in counteracting bullying. One of the main reasons bullying continues is because we have the human proclivity to lose sight that someone is, in fact, a bully. This is because the bullying process manifests similar effects to the Stockholm Syndrome. Stockholm Syndrome is a psychological phenomenon in which hostages display an alliance or empathy for their captors. It is a brainwashing that happens through abuse of power and indoctrination. The name comes from a town in Sweden where a botched bank robbery in 1973 turned into a 6 day hostage situation. Instead of seeing their captors as criminals the victims began to bond in an effort to survive. The psychological dynamics cause an almost spell-like hold. They even defended and became protective of their captors. Although many violent captive situations are facilitated by bullies—thankfully, most bullies are not lawbreaking kidnappers.

Interestingly, studies show that elements of Stockholm Syndrome can overflow into other areas of life where abuse of control and influence are evident (bullying). We can find it in the work place, home, schools, etc. For example a domestic abuse victim chooses to stay in toxic circumstances. Here are similar criteria as defined in Stockholm Syndrome:  Perceived Threats—a bully makes a victim believe that making waves, or challenging the norm could ostracize them (they’d be on the outs).  Small Acts of Kindness—a bully (who otherwise discredits) shows small acts of kindness to keep a victim loyal.  Isolation From other Perspectives—a bully shuts down any attempt from others to influence those under their control (this is how it’s done, period).  Perceived Inability to Escape—a victim feels stuck and tries to make the best of the situation.

It is a captivity of sorts. This is why the mental X mark has value. It keeps the reality in focus that the controlling person is, indeed, a bully. Visualizing a bully’s behavior with an X is an empowering reminder that bullies are master manipulators. It reminds us not to be spell bound by it. It also opens opportunities to connect with others who are gaining awareness that a bullying situation is in progress. People feel enabled when they sense blinders coming off of others. This is key because it changes the “me” to “we” which then neutralizes the Isolation From other Perspectives. Discussions can now take place as to how a particular bully is holding a group or person hostage, so to speak. Collaboration is an effective way to bring unknowns out into the open in order to address avenues of change. This counteracts the Perceived Inability to Escape.

You may have several people in your life that come to mind when thinking about placing a mental X as a bullying reminder. Sometimes it’s people we love and care about. They are in our families, neighborhoods, churches and government. Sometimes it’s us.  Kindness and compassion goes along way in redirecting a bully who is open to change. Meanwhile, get your mental pen out and draw a big X on any bullying behavior holding you or others hostage.